There is a lady in a purple geometric block print pantsuit, so like one my mother would pick out for special occasions. But this lady has short cropped dark hair, so like the smartly coiffed styles seen on Liza Minelli. (My mother is blonde.) She walks briskly down the corridor and can see into our room, but I know she’ll turn off down another hall. She’s not coming in here. And that’s just what she does. But before she turns left she has plenty of time to look straight into our room, and a big room it is; probably as big as the entire floor plan of my little house and I’m not kidding.

Gretchen, the rehabilitation woman, with a sense of humor so like my childhood/lifelong friend Sheri, is discussing walker options with my spouse H, who has been given 5 years to live. She’s wheeled some walkers out and is rolling some back and forth for him to see. His socks are off and he’s got a brace on one foot that she’s fitted on him. It’s just makeshift. He’ll get custom-fitted for a better one at a later date. The idea is to see what style is best for him today… 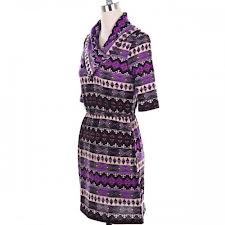 The room is full of interesting stuff: hospital beds in case the patient gets tired of using the various exercise equipment for which I can assign no specific use and would have to have explained to me…There are pulleys, weights, treadmills of the likes I’ve never seen…wheelchairs, braces for the feet and legs and who knows what else lined up on the floor and walls. There are mats laid on the concrete floor and it is surprisingly cold. Gretchen stands, facing H, who is perched on the edge of a bed, precariously. With his muscles deterirating from Lou Gehrigs disease, balance is a past tense activity for him.

She is explaining walkers. I sit in a plastic chair with a view of the long corridor; and I am studying the woman in the block print pantsuit.

I could be her. I was her. How many times have I walked down a hall, and got a glimpse, just a glimpse of the goings-ons in another hospital room and thought to myself with a bit of a soul-shiver; hey glad that’s not me…She is looking, yes, she is looking intently, more than a little interested, getting a glimpse-‘He’s so young,’ perhaps she’s thinking… But also, being human, thinking ‘glad its not me. Picking out a walker, is that what he’s doing? At his age?’ Then the lady will get her little soul- shiver and move on, as I have so many times. As maybe some of us do when we see kids starving on those tv ads or read the police briefs and shudder at some horrific act… 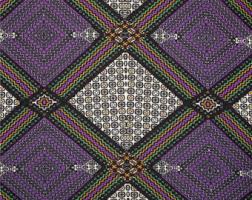 I’m listening to Gretchen, but I’m recording the woman’s face too. When Gretchen wheeled the first walker around the corner of the curtain like some joke prize in Let’s Make A Deal, 40 yr. old H said with a grin and a roll of his blue eyes, “Oh Jesus!”

Gretchen said in all seriousness, “This one’s really cool,” and she went to work straightaway showing off its good points; its ‘coolness.’ I could be the geometric lady walking slowly instead, taking this in from her perspective, but I’m not. Could this be more surreal?

I heard the lady clicking away from us out of our hearing range.

Gretchen was tall, nearly six feet? Well if she wasn’t, she gave the impression she was that tall. And if H fell, I was confident she could catch him. She probably never gave us another thought; the lady in purple. Me, I can sometimes remember people I stood in line behind years later, what they were wearing. How many steps they took.

I always wondered about this:

If you slide a cup across a table, you don’t remember it, right? Its not significant to get stored by your brain. As far as recall goes; ten years from now, you won’t say- “Hey remember that fond time I slid that cup across the table?”

BUT if your dog gets hit by a car-you see this happen, WHY do you recall this event in detail ten years later. Why does the brain become so selective in storing that into memory, but not the cup thing? Well, here’s an explanation. There’s a high stress factor involved when you see the dog get hit. The brain bathes that memory in cortisol. The whole memory is processed differently. Why do I remember what people are wearing in lines ten years later? Lines are stressful places for me. Chances are my brain’s storing things a bit differently than the norm.

And I’d venture to guess I’ll remember an obscure purple block geometric pantsuit for a long time to come.