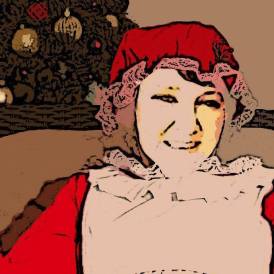 (Yeah that’s me. I love my photoshop.)

This is my father, seen below- in his prime. (he’s 83 now) My aunt used to think he looked like Robert Mitchum, and in some pictures he really does.

My father was a great mechanic. (Still is. He owns a race car now and takes great pleasure sitting in the stands during the summer as his younger friend/driver/mechanic races it, but I digress.)

Yeah he knew cars inside and out and my father was very good at other things too, like untangling Christmas lights. In fact, if I had a knot in my shoelaces or my mother had a tangled necklace or gold chain that was knotted up, he would ask us to hand them over.

His fingers were sausage-like. Grease always rimmed his fingernails and knuckle creases no matter how many times he washed them. Frankly, I would’ve guessed that his calluses were a hindrance- but deftly, he untangled whatever needed untangling; time and again.

The word “untangle” is defined in one definition as the following: To make something complicated or confusing easier to understand or deal with.

(He did that in many ways. Still does.)

Our grey house is seen below, (it’s now torn down) with the wooden Santa and Reindeer my mother’s father (a carpenter) made himself… whatever happened to it? Shame. I do not know. 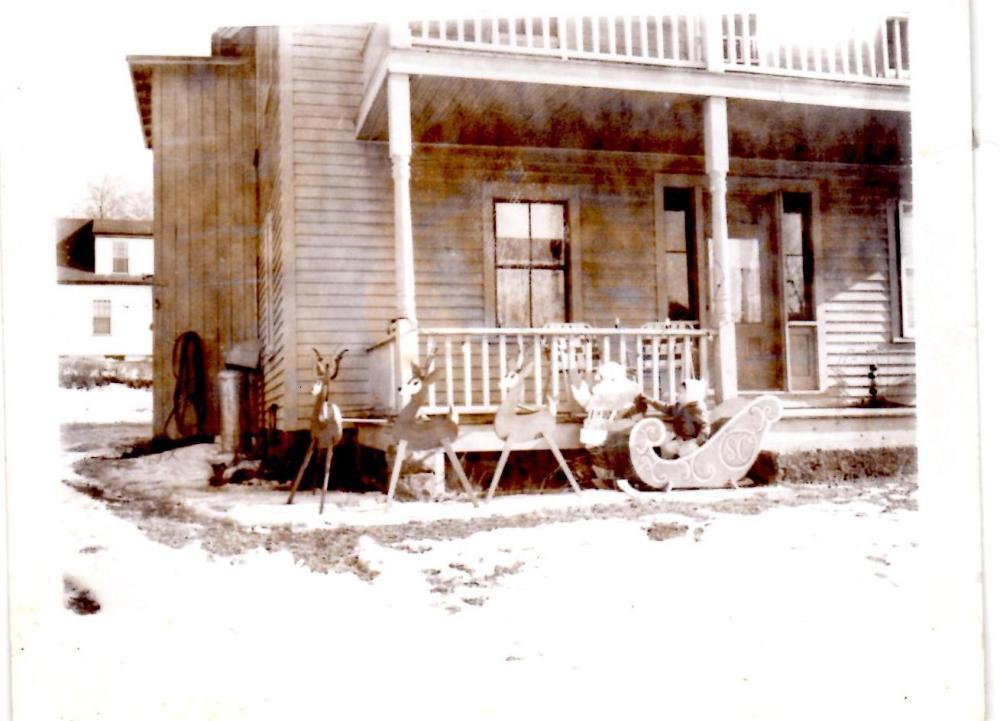 Look closely. That’s me in the sleigh.

One year I thought I had the “tangled Christmas lights” problem solved. I must’ve been about 11 years old and we’d just moved from the grey house by the highway to the yellow house on the dead end.

The cardboard box of Christmas stuff was brought up from the cellar and sure enough, the old ceramic Christmas bulbs (those big ones with the warm glow that are now considered ‘retro…’) were in the box; their cords entwined like so much knotted, twisted green and red spaghetti. The boxes they came in, like the internet picture seen below, were long since discarded.

As I watched him settle back in the recliner near the bird cage with the tangled Christmas lights a mess in his lap, and Elvis on the LP turntable, it dawned on me:

He was a patient man, yes, of course that dawned on me too, but another thing came to mind as well:

What IF- just what if when we put away the Christmas supplies this year- we took CARE in the process?

I mean, couldn’t we use the cardboard flap to a box and use it to wind the cords around? We could store them that way, the same way that I would take skeins of yarn for my mother, and start rolling them into balls of yarn by starting the yarn on little pieces of cardboard first. It could work! But I never spoke up. I was the kind of easy going kid that let adults handle things.

I recall there were some decorations that particular year (my eleventh) that we kept up all year long. Hot into August, I remember mentioning that the Rudolph on the cellar door, the cardboard Santa and reindeer taped across the living room wall and the gold garland over the birdcage should probably come down.

My mother’s reply, ever practical, was: “Eh leave it up. It’ll be Christmas again in a few months.” I guessed she had a point. Christmas was eight months behind us but only four months ahead!

Every year after the tree was fully decorated and I’d ask my father how it looked, he’d say, “That’s a hum-dinger-doozer-boy!” 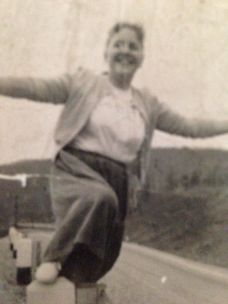 One of my favorite pictures of my mother, who died in 2007, a week before Christmas

This is me in front of a tree at the grey house.

This year I’m going to troll flea markets and eBay for ‘retro’ Christmas ornaments; the kind I remember from the late 60s and the 70s. Ornaments like these I found online randomly: 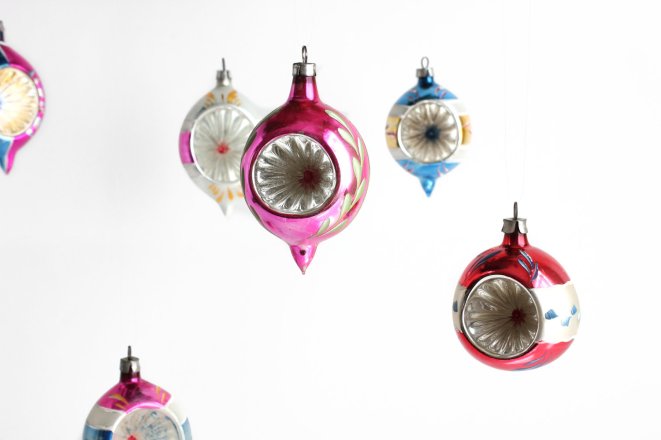 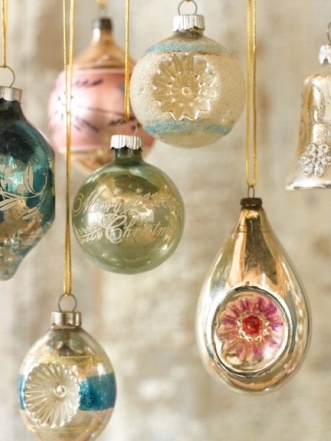 On the site http://www.raftertales.com/decorate/seasonal/how-to-untangle-christmas-lights/ , are these tips for untangling Christmas lights (in part):

Well, I’ll say this: It’s good advice and not just for Christmas lights. My father knew instinctively how to do all of the above and there was no internet then to learn the best ways to untangle things.

I said I learned patience from him but more too- I learned that useless things like swearing, throwing, sulking, yelling… For us…none of that tainted the season.

He did, as the steps outlined above suggested:

Settle his mind on the task at hand.

Get into a comfortable place.

Lay everything out so it could be clearly seen.

He didn’t force or rush;

he took his time

and he kept the tangled bits away from the untangled parts.

I think that all of those things apply to a lot more than just Christmas lights. I’ll be honest, I’m a little bit ‘over’ the whole Christmas thing as of this writing and the holiday is a week away. In all the hubbub and preparation I know that Christmas itself is fleeting. It takes longer to prepare for- than to actually take place.

There are a lot of tangly bits associated with every holiday- metaphorical ones I mean. For just one example, some people (understandably so) don’t want to visit if certain others are here too, and the trick is that the tangled bits must stay away from the untangled ones,

but tangled or untangled,

the strand will still light up,

and I remind myself of that… I tell myself:

In time, with careful diligence, perhaps as my father showed me, things end up being a

To be redundant: The word “untangle” is defined in one definition as the following: To make something complicated or confusing easier to understand or deal with.