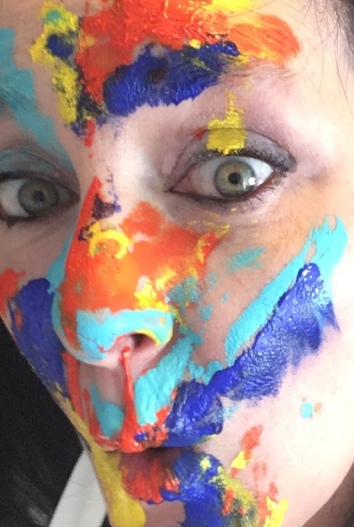 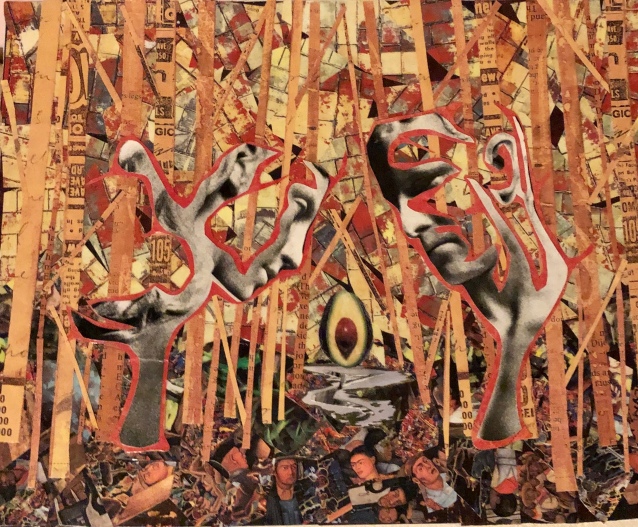 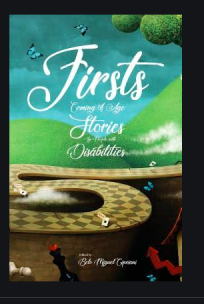 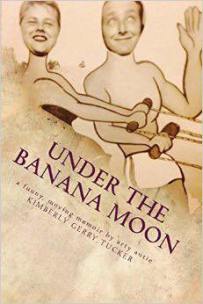 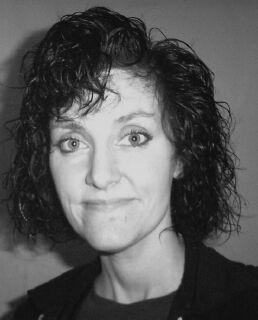 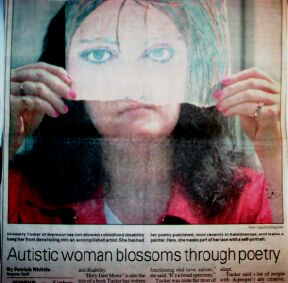 Most folks referred to my cousins’ babysitter as having  a “hunchback.” I know now that it’s correctly referred to as osteoporosis of the spine (which has led to fractures) and is called ‘dowagers hump.’ But no matter what they called Mrs. Weed’s bent-over posture, I thought her to be very interesting. A rebel of sorts.

Let me explain. I lived upstairs from my four cousins in the 70s and with both my aunt and uncle working, our neighbor Mrs. Weed would walk down to our house to sit with the kids.

She lived in a small peeling brown house set back from the road that was almost obscured by tall grasses, vines, and the tumble-down remains of a rock wall. I could just about see her house from my bedroom window, up past the cornfield, on the right side of the road.

It had no indoor plumbing. There was a faded grey outhouse ten steps from the front door. The house itself sported a front door which was a foot up from the ground but mysteriously had no steps. The front ‘yard’ of her house was another story altogether; it was apparently the envy of everyone in the vicinity.

When Mrs. Weed passed away, I watched appalled from our upstairs kitchen window as people from all over our neighborhood pulled their cars up to her vacant house and unashamedly dug up her tulip bulbs, pulled up her daffodils, painstakingly dug out flourishing rose bushes with gloved hands and yanked up black eyed susans and daisies. All colors and varieties of wildflowers like lupines and skullcap, impatience, yellow butter n eggs, and white wild calla (to name a few) were patiently dug up –roots and all from her yard… by ladies draped in jewels, young housewives with children and husbands, and the elderly too. Our neighbors made off with every last plant and flowering bush; carting them off wrapped in newspapers and in buckets in the trunks of their cars and the beds of their pick-ups. They took every last one.

But long before she died, she was a common sight walking to our house for babysitting duties; a woman who walked stooped over, always in a long dress, her gray hair piled under a scarf, her shoulders draped with a shawl.

It was 1976 and I was 12. That’s the year I noticed the graffiti around town. Someone had spray-painted WEED (her last name) on the railroad trestle and across the Naugatuck River on a big boulder. When I saw WEED written on a big rock next to a swamp of cat-o-nine tails; that’s when it clicked:

Mrs. Weed, aka ‘my cousins’ babysitter,’ aka ‘the hunchback lady,’ aka ‘the older lady with the beautiful garden,’ aka ‘Marge,’ really got around town for someone without a car. She was a rebel!

I imagined her shuffling along determinedly, late at night under a black star-filled bowl of sky, a spray can in one of her deep pockets. I would watch her as she sat in my aunt’s kitchen and handed my 6 year old cousin a peanut butter and jelly sandwich. I wanted to wink because I’d figured her out.

She’d been secretly spray painting her name all over town!

Four or five years later I was seated in the passenger seat of a car and passing by that same big rock near the (now dried up) swamp where the cattails still grew, and I looked upon that big rock with fresh eyes. WEED could still be read across the rockface, albeit by this time the black paint had faded a bit. But I made a new connection and laughed out loud at how wrong I’d been. My brain had a different context for the word weed (it was marijuana that was referred to…) and I realized Mrs. Weed wasn’t who I thought she was.

About 10 years ago, I was exploring an interesting cemetery which I am apt to do (I like the inscriptions, the art, the history) when I quite by chance came across Mrs. Weed’s gravestone. It got me to thinking, I never really knew who she was or how she came to be in the little crooked house surrounded by flowers that people who never ‘gave her the time of day’ couldn’t wait to steal, with no electricity inside and overrun with rats big as cats.

I learned something from my distorted perception of that situation. I learned

there’s always more to a person than what you see.

Unless you ask, you may never know someone’s story.

The brain will fill in with what is perceived to be truth; when facts are lacking.

And finally, I learned there are many ways to see a situation and some of the ways we perceive something may be incorrect.

Scientists recently did a ‘study’ and proved we do generally get wiser as we age. They needed to do a study to confirm that? Anyway, when I was 12 I made assumptions built entirely from my knowledge base. I was comically wrong. There was no 80 year old vandal sneaking out under the cover of darkness and defacing the town with her tags. But my imaginings seemed to fit at the time!

I picked up a little book recently (I purchased it rather than waiting for my library to offer it because I loved the photography inside) called Miss Peregrine’s Home For Peculiar Children by Ransom Riggs. Like the Harry Potter series, it’s aimed at young adults but I recommend it to you. It’s going to be a movie soon. 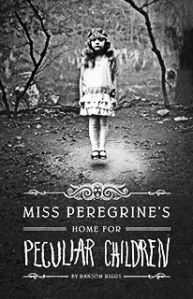 What does this book have to do with Mrs. Weed, the widow I mentioned above? For starters, there are oddball pictures in this book.  Here is one: 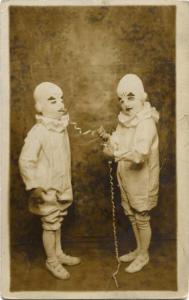 When I think of Marge Weed I have a black and white picture of her in my head. Literally I do. Any color she wore was faded. Colors grey over time. No pictures exist in my collection of photos of Mrs. Weed. The only pictures are the ones in my head. And so the picture in my mind of Mrs. Weed is just as mysterious as the pictures in the book. I knew little about her and so, at the time I filled in an entire persona.

She spray painted her name all over town… She was a world traveler. Once a knock out beauty, she had possessed an intellect rivaled by none. All this and more I made up about her and hoped it was all true. She hid her fortune in the barn. In mason jars. In between the pages of books. The last three sentences turned out to be true.

So when I saw the pictures inside this weird book, and then when I realized they were authentic, I immediately thought of what was, to a child me, Mrs. Weed’s mysterious life.

Says the author Ransom Riggs who has a hella cool name:

“I’ve been interested in photography since I was a kid, but it was only a few years ago that I started collecting photographs.

Because I was a starving grad student at the time, prints by well-known photographers were way beyond my reach. I could, however, afford the old snapshots they sell at flea markets and swap meets around Southern California, swimming loose in giant bins for fifty cents or a buck apiece.

You find a lot of junk when you’re searching through lost and tossed photo ephemera, but every so often you’ll find a gem, a wallet-sized masterpiece you’re certain could hang on the wall of a gallery if only someone with a name had taken it. Find one or two of those and you’re hooked for life.

Every snapshot collector has obsessions. Some only collect photos of cars. Others like World War II, or babies, or old-timey girls in old-timey swimsuits. I happen to collect the weird stuff: photos that make the hair on the back of your neck stand up a little. The uncanny. I don’t mean circus freaks and kids in Halloween costumes, either — I mean photos that seem wrong in a way that’s hard to put your finger on, so unusual they make you look at them a second and then a third time, then reward you with uneasy dreams. The kind of photos that seem to stare at you from across a room. That’s what I looked for when choosing images for my first novel, which weaves four dozen vintage photos into its story.”

—The story ingeniously weaves a fictional horror plot around actual photos. No one knows the history of these people. They don’t know their names or why the photos are so bizarre… Like Mrs. Weed, the author weaves a story around them that makes sense.—

I can’t wait for the movie! It;s going to be produced by Tim Burton. Oh, and for those of you who are curious, this is what butter n eggs (linaria vulgarus) flowers look like:

By the way, if you haven’t checked out my author website yet, why not LIKE this blog and then check out my site? Here’s the link:

(You may have to cut and paste it into your browser)