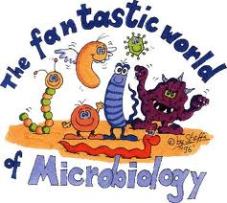 “Happiness and bacteria have one thing in common; they multiply by dividing!”
― Rutvik Oza 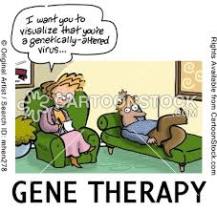 Does that apply to microbes, pray tell? 90% of the cells within us are not ours; they’re microbes.’ Demodex mites frolic amongst our eyelashes, peacefully eating dead skin cells without so much as a thought from us. The mites, relatives of ticks, spiders, scorpions and other arachnids, have a seven clawed ‘organ’ to secure themselves to what they’re eating. These things only live a couple weeks from sex to death. Yes they have sex on our faces and come out for strolls across our faces at night. They’re slow critters though- a trip from eye to ear would take half a day. These eight-legged microscopic mites make some people wish microscopes were never invented! Yikes! 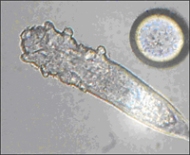 “We inherit every one of our genes, but we leave the womb without a single microbe. As we pass through our mother’s birth canal, we begin to attract entire colonies of bacteria. By the time a child can crawl, he has been blanketed by an enormous, unseen cloud of microorganisms–a hundred trillion or more. They are bacteria, mostly, but also viruses and fungi (including a variety of yeasts), and they come at us from all directions: other people, food, furniture, clothing, cars, buildings, trees, pets, even the air we breathe. They congregate in our digestive systems and our mouths, fill the space between our teeth, cover our skin, and line our throats. We are inhabited by as many as ten thousand bacterial species; those cells outnumber those which we consider our own by ten to one, and weigh, all told, about three pounds–the same as our brain. Together, they are referred to as our microbiome–and they play such a crucial role in our lives that scientists like [Martin J.] Blaser have begun to reconsider what it means to be human.”
― Michael Specter

“Molecular biology has shown that even the simplest of all living systems on the earth today, bacterial cells, are exceedingly complex objects. Although the tiniest bacterial cells are incredibly small, weighing less than 10-12 gms, each is in effect a veritable micro-miniaturized factory containing thousands of exquisitely designed pieces of intricate molecular machinery, made up altogether of one hundred thousand million atoms, far more complicated than any machine built by man and absolutely without parallel in the nonliving world.” ― Michael Denton, Evolution: A Theory In Crisis 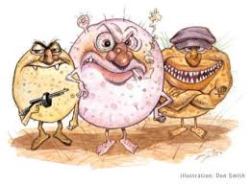 Our tongue, teeth, skin and intestines (at least 500 species and around three pounds of bacteria in the gut alone) are hosts to microscopic bacteria. I’m not talking about such things as blood-sucking bedbugs, fleas, lice invaders, shingles, strep., herpes simplex or humanpapillomaviruses. I’m talking the 90 trillion or so other microbes. Consider athlete’s foot fungus (this can get itchy) and vaginal flora (this is beneficial so don’t freak)…lovely names, eh? Well here’s a positive aspect: did you know 95% of your serotonin is located within the gastrointestinal tract[4].  This is why people feel strong emotions in their gut as well as their minds. Maybe that’s where “Follow your gut feeling!“ came about. 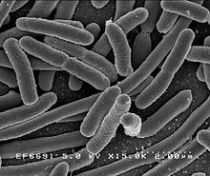 “We’re organisms; we’re conceived, we’re born, we live, we die, and we decay. But as we decay we feed the world of the living: plants and bugs and bacteria.” ― William M. Bass, Death’s Acre: Inside the Legendary Forensic Lab the Body Farm Where the Dead Do Tell Tales

Bacteria have different relationships with us… There’s commensalism- a relationship that is beneficial to the bacteria which live off of the host, but does not help or harm the host. (Consider that ‘commensal’ means eating at the same table…) Most of the bacteria that reside within the bodies of humans are commensalistic. Think of livestock and cattle egrets. The cattle graze; stirring up insects and the cattle egrets follow behind and eat up the insects. (I can think of a few people I have a commensalistic relationship with!)

In a mutualistic relationship, both the bacteria and the host benefit. For example, there are several kinds of bacteria which live inside the mouth, nose, throat, and intestines of humans and animals. These bacteria receive a place to live and feed while keeping other harmful microbes from taking up residence. Think of it this way: sea anemones and the hermit crab; the sea anemones give protection to the crab using its stinging cells, and it remolds its shell to fit the crab while the hermit crab allows the sea anemones to consume the remains of its food, thus it also provides the sea anemones with food supply, which makes it a relationship beneficial to both-i.e. mutualism. (Like den mothers in dorms? Sort of, I guess…)

A parasitic relationship is one in which the bacteria benefit while the host is harmed. Think fleas, tapeworms, barnacles, aphids… Pathogenic parasites, which cause disease, do so by resisting the host’s defenses and growing at the expense of the host, even though it is not in the parasite’s best interest to actually kill the host. These bacteria produce poisonous substances called endotoxins and exotoxins which are responsible for the symptoms that occur with an illness. (I would compare parasites to a lot of people in our society!) 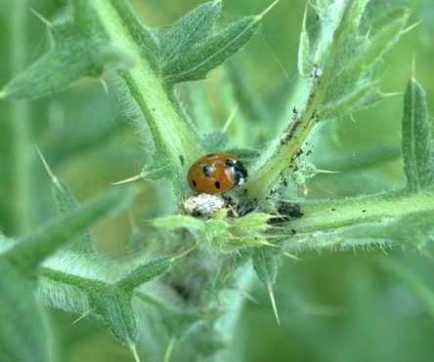 Presently I would say that I am in a symbiotic relationship…It’s like the ladybug that lives on the plant, eats the aphids and receives the benefit of getting food (the aphids) while the plant benefits too because it’s being rid of the aphids!

“You could also ask who’s in charge. Lots of people think, well, we’re humans; we’re the most intelligent and accomplished species; we’re in charge. Bacteria may have a different outlook: more bacteria live and work in one linear centimeter of your lower colon than all the humans who have ever lived. That’s what’s going on in your digestive tract right now. Are we in charge, or are we simply hosts for bacteria? It all depends on your outlook.” ― Neil deGrasse Tyson, Space Chronicles: Facing the Ultimate Frontier

From there to here, and here to there, funny things are everywhere.
—–Dr. Seuss

note: Its my belief upon posting these images that they are in public domain, if not pls contact me