When I was between “grass and hay” (that’s a 19th century term meaning between childhood and adolescence…I suppose the modern term is a tween) I heard a young man on TV ask a group of friends what their favorite words were. I can’t recall all of the replies but I found the answers interesting.

After hearing all the favorite words of the peers in his group, the teenager then asked everyone,

“WHY is that your favorite word?”

and “It’s just a cool sounding word. I like all the syllables!”

Then and there I knew I had to come up with my own favorite word, but it would be difficult. There were so many to choose from. Because I found the task so challenging, I borrowed an answer from a person on TV. Her favorite word had been cornucopia. I said to myself, yes, that’s as good a favorite word as any.

Since then, I’ve had a lot of time to think about words and over the years I’ve come across an overflowing cornucopia of phrases that have just… stayed with me. The light green sofa I had in the early 2000s for example was something I had to name. Do you name inanimate objects too? I named that couch Giddy Moonbeam.

“You are exceptionally comfy this afternoon, Ms. Moonbeam.” 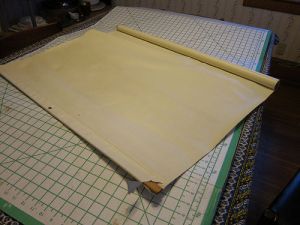 My son once named one of his finches “NoNoisyWindowShade.” The finch’s mate was called “NoName.” My oldest son was five at the time and we lived in a third floor apartment which came with all the windows being adorned in those old fashioned yellowed window shades. My son never really got over it when the old roller shade suddenly snapped up toward the ceiling for no apparent reason and rolled all the way up by itself, spinning, making a startling noise to say the least. I do believe that played a role in the bird’s name: “NoNoisyWindowShade.” You never knew when the mechanism would malfunction in those old shades. 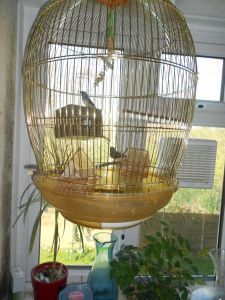 (image from Pinterest, couldn’t find the one pet finch picture I have)

On the topic of words, here is an interesting Hopi word:

A “powaqqatsi” is in fact a word that means an evil sorcerer who lives at the expense of others. I don’t know what’s more interesting, the fact that

or the fact that there are enough evil sorcerers running around who are living at the expense of others, that the Hopi had to design a word for it.

I love words so much and being a quiet person; a lot of people would be surprised by the fact that I gab in my sleep so much. Perhaps the words get stuck … And come out when I sleep- because I happen to be an absolutely prolific sleeptalker. I have long lengthy conversations with someone while I’m asleep, or so I’ve been told quite often.

I had some parakeets between 1999 and 2009… I kept them in a spacious cage near the TV. One of them, to my surprise learned to whistle the theme song to Bonanza (my then disabled husband watched it daily)…

Well, I ended up feeling guilty on a daily basis because I was keeping birds in a cage. So I learned how to clip their wings, I built  Parakeet Playground (out of toy ladders, wooden blocks, bird toys and so forth) and then I’d put the cats in the basement (because birds are their prey) and allowed the parakeets to run free.

They especially liked it when I placed a pineapple in Parakeet Playground. They’d perch on it and circle it over and over. Often they’d climb a curtain and watch other freer birds flying outside.

Led Zeppelin’s Free Bird song would then POP into my head EVERY time but it would’ve been mean to hum it. Adding to my guilt I would feel bad that the cats were in the basement for hours but I’ve found mice and crickets and even a garter snake down there so I’m sure in retrospect, the cats didn’t mind. But I digress.

I wanted to tell you the birds’ names. They were Kramden and Alice, Honey and George.

So I was gathering web addresses where reviews appear online for my book Under The Banana Moon, when quite by accident I came across my name on a Chinese site.

someone was talking about me,

and the whole page was in Chinese characters.

My curiosity got the best of me so I found the “translate page” option and boy was I surprised! Apparently, an Asian person had read my “Note To Child Me” essay which I’d written a few years ago for SQUAG.

They went on to say how

“people in the growth process often write letters to their child selves.”
It stated that “it is a common tool in psychology to use writing to have a dialogue with one’s self.”

At least those are the most coherent phrases I gleaned! A lot of it was actually a bit weird!

It just goes to show you; when other languages are translated to English, we only get the gist of what the writer intended.

Case in point: the earlier mentioned word powaqqatsi, —there just isn’t an English word to substitute for it. Not too much of a need (if you’re non-Hopi) to name “evil sorcerers who are living at the expense of others.”

If you’ve ever visited the site Engrish, you will see my point! Here is an example from Engrish.com, of an actual sign translated the best they could!

Wow! The two most interesting parts about stumbling onto this page about me which I translated from Chinese with the computer prompt, is that–

2)the article is named: Mood Jigsaw! I love it. The writer assumed I am male…and also a female. A little glitch with pronouns.

Here it is in entirety:

Mood Jigsaw own to write a letter to the young

Kimberly Gerry-Tucker was born in Massachusetts, with love her, support her parents live together in Connecticut. Over-sensitive, he was also diagnosed with Asperger syndrome and selective silence disorders. Through her ​​passion for art, inherent to the pursuit of innovation to enable it to achieve the ultimate effect of self-expression. Since 1999, Kim has become a published author. Since 2007, her paintings have been exhibited in various galleries in New England. This year, she wrote a letter to the young: “I remember when she was still a child, all in the face of these challenges, no matter how experienced Tell her black more dark that he will eventually become. Venus own, they do not give up their own interests, do not give up loyalty to himself. Now he must be grateful to the year that do not give up their own! “Writing dialogue with himself, is commonly used as a tool in psychology.Writing is a traditional way, with the writer has a strong sense of their own links. People in the growth process, the future of their own confusion and confusion is inevitable when you may wish to occasionally, especially when the young themselves to a dialogue with yourself, you can let people define their own original dream and the end, not because a scenic road and lost fragments of early heart. (Yao Lan)

Oh my! What did I just read? Oddly there are correct facts there but some are just….odd.

Selective silence disorders?
I have a strong sense of my own links?
A scenic road and lost fragments of early heart?

Well that’s interesting. Not sure how that applies to me but loving that imagery. That’s all for now from me, the

This must be a reminder to not allow pets to pee on the grass. A “curb your dog” thing. Keep in mind, the signs on http://www.Engrish.com are for real. If you visit the site, please

Here is the “Note To Myself (that I would send to myself when I was a tween or uh-between grass and hay, if I could) which I wrote for SQUAG. It’s the writing that inspired the post on the Chinese page: https://www.squag.com/3473/ 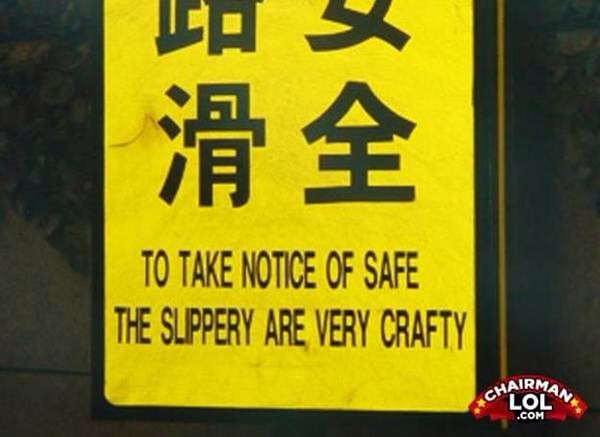