“They” say the universe is

and dark matter has something to do with this…

What is Dark Matter anyway?

And who is the THEY I speak of? But I digress.

What do “we” really know about dark matter? Hmmmmmm. As I understand this topic, if the universe continues to expand… (to infinity), its contents WILL dilute, so to speak. I know this because  some scientists say it will dilute from this expansion. Other scientists say (that because of something called ’empty space,’)  it won’t dilute.

Some would argue that it’s important to know one way or the other, as if we can stop the process.

Some people need to know. They just don’t want any surprises. They need a reason to live fully engaged in the present because it’s been confirmed that the present is transient. Many have said that if expansion of the universe continues long enough, it’ll collapse in on itself and we as humanity are all in for— wait for it—

Or, to give this an apt name, The:

(That’s Big Bang spelled backwards.) I rather like that descriptive title. It will expand, expand, dilute, and then CRUNCH! Fall in on itself. Gib Gnab!

I think about this as it applies to not THE universe, but to my own personal one. Because most people, myself included, do take the universe in space for granted and also our own personal space. Is it so wrong to do so? If anything, I wonder at times if it is wasted energy to worry about things beyond our control.

We all have our own personal universes, yeah, and within them, each of us is programmed for some degree of pareidolia. Pareidolia is an illusion really…

Seeing Jesus in burnt toast. Or seeing Virgin Mary in the shadows and sun glints on a high rise building. (But religious pareidolia has its own name: simulcra…)

But that’s all just tricks of the eye, right? Like this famous picture. Do you see a ‘witch’ or a young woman?

We can see both, but we can’t see both at the same time, can we? Seeing a man in the moon or dragons in the clouds are common pareidolia, and so are these fun examples:

Those are chair arms, of course. You can see chair arms, or you can see “something else.” Can you see both simultaneously? Like the half full/half empty glass…probably not. But you can be AWARE of both perspectives.

I find faces and other shapes in food, tree bark and shadows all the time, but then I LOOK FOR THEM.

Are you an active pareidolian? I confess. I am. That is to say, do you purposefully, (for fun, like I am prone to do) actively seek out shapes and faces in everyday surroundings? As I said, I do. Perhaps that’s just the way my own stream of consciousness works…

My stream of consciousness isn’t just literary, however, rather it is day in and day out daily living. I wouldn’t want my brain any other way.

I am the yin to his yang, for sure. I’ve been doing yard work too, for different reasons. I am pushing my self imposed and physically imposed limitations (pain, fatigue) beyond belief. I found this twisted root while spreading heavy bags of mulch, planting marigolds and azaleas, pulling weeds, raking, snipping, cutting back vines, etc. etc. behind my house. I also found, in addition to this beautiful root, a steak knife, colorful mosaic pieces, and a screwdriver! Don’t ask! 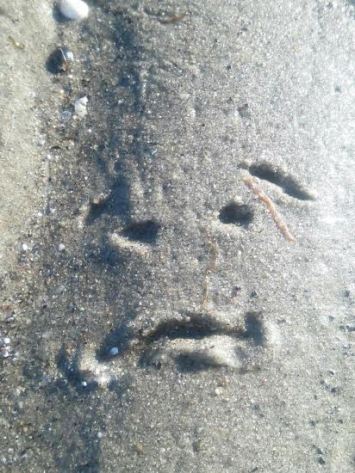 My son was walking on the beach when he came upon this face in the sand. He thought of me and texted me the picture. No this is not an instance of pareidolia, because someone who walked the beach before my son did, actively drew this face. But it is interesting nonetheless to come upon such a thing. I am glad he shared this with me.

It reminds me of something else: 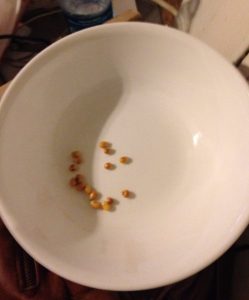 I stood up, after eating my nightly popcorn fix, and there was a face looking at me. The kernels were just……arranged like this. This happens a lot when (on the rare occasion) I cook eggs for someone for example. (I don’t eat them, myself.) But a few times I’ve seen a smiley face looking back at me from the pan. I’ve got pictures of smiling egg yolks, I just can’t find them right now.

So that leads me to think, are these messages? Is the innate human tendency to seek out faces in everyday life- (science:pareidolia) just an ingrained scientific hardwired fluke we possess, or are we to gain messages from these occurrences? Are people seeing Jesus in toast because it is good for them to see this? Are my smileys telling me in some quiet way:

Don’t collapse in on yourself.

Don’t worry about The Big Crunch. You can’t do anything about it anyway.

Be active. Push through.

Expand without worrying whether you’ll become diluted or not.

You don’t have to understand Empty Space or Dark Energy. Just…fill it in by being present. And transform the Dark Energy into Positives.

But most of all, don’t sit idle waiting for your own Gib Gnab to do you in.

All this from some smiley kernels and beach sand, and ‘happy face eggs?’ I suppose

it’s my universe, so I can interpret it whatever way I wish, right?

HAVE YOU SEEN ME LATELY (COUNTING CROWS verse)

I’ll never be a chameleon, and I’m no chimera but I’m a philosopher, a realist, an imagist, an anthropologist, and a daydreamer.

a thing that is hoped or wished for but in fact is illusory or impossible to achieve. 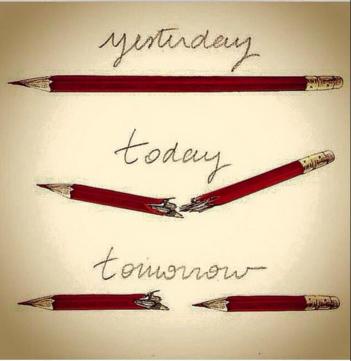 Theodore Geisel (aka Dr. Suess) had a birthday recently. If he were alive I’d pose to him an idea for a new children’s tale. I’d call it Resisting The Horrifying Gib Gnab in The Land Of Pareidolia!