I write a lot; so I “sign” consent forms to publish my work. Imagine my wonder when, a few years ago I guess it was, I learned that E-Signing was not only trending; it was also perfectly legal. E-signing involves using a computer keyboard to view the document; and simply typing one’s name in the specified space and then emailing it along to the publisher. TurboTax and even Social Security are examples of places that accept E-signing. Says Wiki, “In many instances… digital seals are also required for another layer of validation and security. Digital seals and signatures are equivalent to handwritten signatures and stamped seals.”

I disagree. E-signatures aren’t entirely equivalent. Signatures express individuality and personality. It’s personal. I am pretty sure you’d never find a digitally signed (typed) signature on the auction block at Heritage or Sotheby’s. Michael Jackson’s signature below is one example of a signature that creatively conveys a facet of his imagination: 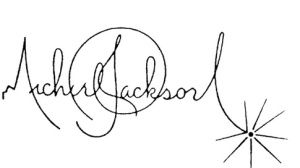 And check out Tolkien’s:

Barack Obama’s is interesting. From http://logo-kid.com/signatures-of-famous-people-analysis.htm , here is the President’s signature analyzed:

Oprah writes inside her O too: 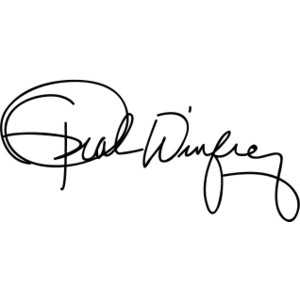 I have always been interested in the straightforward way Native Americans signed documents:

Signatures are something we all leave behind. Ever wonder what happens to old movie sets when they are left behind? Remember the Hobbit homes? Here they are now:

My point is, in regard to filmmaking, CGI (computer generated imagery) can’t leave anything tangible behind and neither can the electronic signature. Is legacy important? Well, have you ever walked through a cemetery and been drawn to certain headstones? Other ones you walk right on by. Here is one that would demand my interest:

I don’t particularly care for! 🙂

Here is something “left behind” unintentionally…

Sometimes the desire to be creatively different can backfire! Every child should experience a playground in their lives but…these are a bit zany!

It’s the rare human being who doesn’t leave their mark on the world. Literally speaking, people tag with graffiti, they carve initials or witticisms into trees, picnic tables, wooden railings. They create gardens, plant trees, donate their life savings to charities, write books, make history through scientific discovery and they can leave a legacy of hurt and crime too, unfortunately… Every time we throw something “away” (where is away???) we leave our own carbon footprint.

But life is a concoction of contradictions, right?

Paint fades. Trees decay, gardens get paved over, etc. Even the guy who made an absolute fortune creating individualized single serving coffee “K Cups” has been quoted recently as saying that he REGRETS inventing them because of their ridiculously massive impact on the environment. He couldn’t have foreseen that? He’s figuring it out AFTER THE FACT? That’s a human for you. K Cups are thrown away. Away is our world. Our backyard. That’s where away is.

Impress the present. Training the next generation of human beings to be fair, compassionate, and humane is a type of legacy that can unfurl a cascade of signature actions which pave the future in a way that defines the term “making a difference.” It doesn’t fill landfills either.

I have extreme food sensitivities. Like the K Cup creator, I realized after the fact that some foods were toxic to my away. I will never take even a sip of orange juice; nor will I so much as nibble swiss cheese. I love those foods but… you know that feeling you get when you drink too much? I’m talking about mega hangovers. That’s what some foods do to me. I also can’t have foods filled with chemicals. A line comes to mind that I read in a book recently:

“Once I swallow this chemical concoction of mystery foods, my body’s going to be playing 20 questions. More chemicals here than a chemistry lab!”

It is said that Eskimos have a 100 words for snow. Why not? Snow is a big part of their lives. I have a hundred ways to describe the “headache” I get from jelly, orange food additive, (as in cheeze puffs), and myriad other foods. The head feels like a bruised melon. The slightest sound stirs up a churning of nausea that in turn punches the bruised melon. Between the sound and light sensitivity, the pain, and the overwhelming nausea and inability to eat or even to put water in one’s body…I’ve learned the hard way to avoid the aforementioned foods and MANY others. I’m sensitive in so many ways but one learns to…

If you’re square and don’t fit in a round hole, then smooth your edges or if that’s not for you, and you decide it doesn’t matter whether you fit, then just walk away. I have to shop wisely for foods, I have to carefully select foods from menus when I eat away from home. Have to study buffets at homes or events where I’m invited to eat and eat the things closest to natural and wholesome and the least processed of the choices available. It all comes naturally at this point, to do these things.

*I’d rather see a genuine human signature affixed to a document. (If the Declaration of Independence was digitally signed, we wouldn’t know the flourish of Franklin and Hancock would we?) See here:

*I’d rather get an actual handwritten letter in the mail than an email. (I can print out an email and place it in a keepsake box and I have done so, but the letter’s better.) From http://www.itsnicethat.com/articles/handwriting-art , you can’t do this to an email, right?–

*I’d rather put down the IPhone and document activities in my brain, rather than cataloguing every experience on a phone. And I’ve been known to overuse my IPhone camera so I am working on this one!

*Texts have made me adversive to actual voice to voice phone calls! There was even a debate on a national news program on people who

listen to phone voice mails and those who say they

Several popular morning show hosts actually declared, “I NEVER listen to my voice mails. If they want to get in touch with me, they can text me.”

The Smithsonian has an extensive collection of recorded voices ranging from Alexander Graham Bell’s voice to that recording of Herb Morrison who infamously proclaimed (at the Hindenburg disaster) “Oh the humanity!”

Somewhere in a gray house on a hill, in a room off the kitchen, on the underside of a windowsill is my carved name (unless the old windowsill is away at a landfill and replaced by a new vinyl one). I was trying to leave myself behind even then. Truth is, every place I’ve ever lived in; I’ve wanted to take with me the trees, the paths, the stones. I guess I did. The brain is a warehouse for all of it.

2 thoughts on “The Importance of Signatures and Other Legacies”