My father (who was a Robert Mitchum look alike) used to wake up swinging.

Anyone who’s read my book
Under The Banana Moon knows he was a laid back optimistic guy with more serotonin coursing through him than I can ever hope to have!

But yeah, I’m sure now it was Posttraumatic Stress “Disorder,” a little parting gift he brought home from the Korean War.
As an only child, my mother often gave me the duty to:

“wake up your father. Tell him supper’s ready

.”
I’d tiptoe over to the couch where he’d be lying on his side, snoring, hands together as if in prayer, tucked under his head, peacefully in deep slumber after putting in a day at the factory.
And I’d tap him on the arm. Ever so gently. Because I knew better.

Because like I said, he woke up swinging. Fists pummeling the air. Eyes hyper vigilant.

He’d see me and relax, a smile lighting him up and erasing whatever danger he thought was there.

I’d nod and he’d explain for like the umpteenth time: “that’s from the war Kimmy. Wasn’t goin’ after you. The war changes your system somehow.”
…

We took car trip vacations and stayed at motels every summer, visiting such mind blowing places as Howe’s Caverns, Storyland, Catskill Game Farm and Frontiertown (which was a silly “western” theme park where you could buy cowboy hats, toy guns, and watch live reenactments of shoot outs and train robberies.)

We didn’t have a name for PTSD then, but it showed itself on the train.

A masked man all gimmicked up and straight out of a spaghetti western, boarded our little train and demanded valuables. Apparently the train was planted with more actors, because dolled up ladies and men in five gallon hats screamed appropriately and handed over jewels, watches, pearls and even a sack of money with “$” printed on it in gold paint.

Even I could see it was not a real gun.

The train robber pointed it to my father’s head and said “This guy gets it if you don’t hand over the money!”

My father was supposed to shriek accordingly, play along and perhaps grin and say something like, “Oh no! A robbery…give him what he wants. Don’t shoot!”

But my father didn’t play along.

He pushed the “gun” down; stared straight ahead and said, “Don’t you point a gun at me.”

The robber actor persisted and put the gun back to his head. The bandana had slipped and I could see amusement playing around his mouth. Maybe he thought my father was playing along. But I saw that familiar faraway look in my father’s eyes, the one he had when he woke up swinging.

“Get the gun away from me and I’m not gonna tell you again,” said my father.

The other train passengers (moms, dads, grandparents and kids all on vacation) were smiling, enjoying the show which they assumed my father was a part of.

We ended up (my mother, father and me) exiting the train. My father’s growing agitation (at having a toy gun stuck to his temple) was too much. He was strung pretty tightly and breathing heavy when we got off the train.

People cheered as we walked away. Thinking we were playing along? The robber waved around his pilfered loot; shot a few popgun blasts into the air, made a “wahoo!” yell and pointed at my father. “Next time you won’t be so lucky, mister!” He yelled. The robber disappeared behind fake shrubbery, tumbleweeds and plastic cactus.

The train literally left us in the dust; standing there

We headed for the snack bar. My father’s fists took a few minutes to unclench. After that he was as happy as before the train ride.

This is my late mother’s birthday and here I am recalling my father’s early struggles with an undiagnosed but very real PTSD.

I was upset last time I talked to my father on the phone.
So during one of our recent phone conversations he told me,

So there you have it, advice from a guy who’s handling his parting gift from the Korean War pretty well. If you decide to quote his advice, give “Joe from Vermont” the credit.

I give him credit for a lot of things. Oh and have a good birthday in the great beyond, mother. 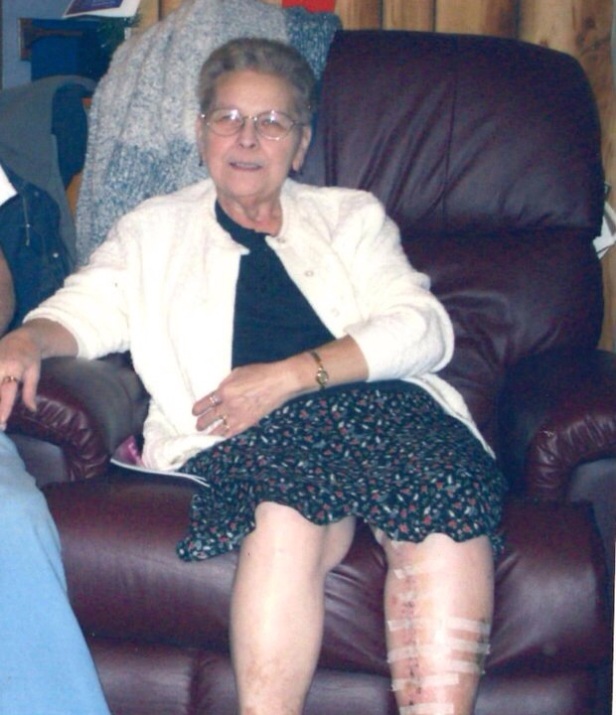