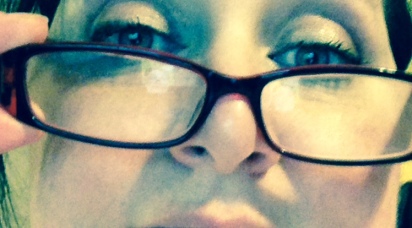 You know that book: “Eats Shoots and Leaves” (by Lynne Truss)? I used to think it was about some kind of mammal, maybe a panda, that eats shoots and leaves. Then I put on my glasses and noticed the comma: “Eats, Shoots and Leaves.” Now that implies that someone eats, then shoots, then leaves… Entirely different meaning. In fact the book is about terrible grammar.  A comma makes a big difference!

One of my biggest pet peeves has to be when I’m scrolling through social media and I see improper use of the following three words: too, to, and two. If there are two o’s, it means “Me too!” Too means also.  “To” is to indicate the verb is in the infinitive! It expresses motion or identifies direction… (Don’t even get me started on you’re and your…) 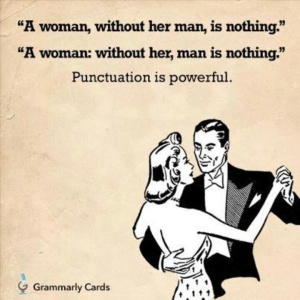 I could play grammar police all day. Don’t you hate it when people say-

“You know what I’m saying?”

Don’t you hate it when your newsfeed is bombarded by sudden videos that play when you don’t even have an option to play them or not? Maybe I don’t want to see your video! Or when images of graphic animal cruelty suddenly appear on your newsfeed like a slap in the face? Or political memes with inaccurate or twisted information pop up? How about all those things that seem like modern day chain letters:  “SHARE this pile of money and you will receive wealth… DON’T share it, and have bad luck.” Or that meme going around: “I bet no one even reads my posts. So I know you won’t click SHARE…” Enough’s enough of all this stuff; equivalent to technological junk mail.

Here’s another thing I find annoying. Ever have a childhood bully? A girl a few years older than you who chased you, laughed at you when you cried, threatened to “beat you up and put you in a funeral home?” I had exactly that. Then decades later I met up with her again. We both had sons around the same age and she invited me to a home demonstration party. I took the opportunity to remind her she once bullied me (fully expecting an apology!). Here is what she said, “Really? I don’t remember that. I mean, I bullied so many people!” Right. Well I didn’t attend her party.

Don’t you hate when you spend hours deciding what to wear (partly because everything’s unwashed or not suitable for the occasion), only to find the perfect outfit… You’re all set to go and then you slop toothpaste on your shirt just before you have to walk out the door? I’ve learned to throw on a bathrobe (over my clothes) until that moment I’m ready to turn the doorknob and leave!

Don’t you hate when you go down in the basement and find a garter snake in your clothes basket, curled up in your clean underclothes? That happened to me so conceivably it could happen to you as well. If you have a basement.

Don’t you love playing loud music once in awhile? That is until someone else within your earshot decides to play loud music, and you absolutely hate their taste in music. Double standard, I know.

Does it bug you that all of a sudden (over the last few years) Dunkin Donuts has conditioned the masses to start calling them Dunkin? By removing Donuts in the everyday vernacular, they can then be “known” as carrying more than “just” donuts, and so they drop the word DONUTS in their ads (Everybody runs on Dunkin!) in order to get people to call it simply Dunkin so they aren’t known as the donut place, but rather a brand that carries more than that? I hate the way commercials affect the way people speak.

Don’t you hate when people say, “Back in my day…” What do you mean by that? “Your days” are over? Your day is now. Your time is now. Be present!

Remember folks, before I go, know this: Punctuation is powerful.

And if you ever fill out one of those profile questions about your interests, remember your commas! Or you may sound like a psycho… Don’t be this person:

I enjoy cooking my family and my pets. 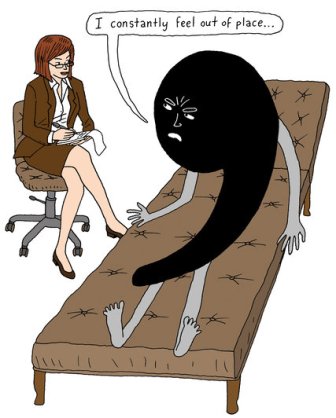