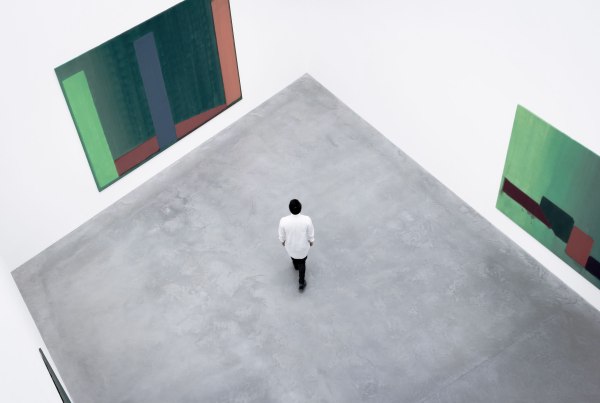 I speak here within my personal knowledge base, writing ONLY about autistic people are so-called “highly able” or “higher functioning,” because this is my experience. As a member of that group, although I am “less able” to some autistics in some respects (everyone’s different) I identify strongly with my so-called lower functioning peers on a connection level that is stronger than anything I have ever known. That said, in regard to so-called higly abled or highly functioning autistic people, I will refer to them in a generalized way here on this page: as as ‘autists or autistics.

A collection of quirks? That’s a very generalized descriptive, because the actual physiologic workings, processes, mechanisms of the brain are inherently unique.

An autistic is more apt to be a loner, certainly, but a person can be a loner and not be autistic.

Everyone has quirks without exception.

An autist can be seen as behaviorally ‘quirky’ as a result of having a different, unique worldview, a way of seeing and making sense of a world without a need to adhere to social norms, pop culture fads, and conformity.

Add in resistance to change, an appreciation and need for sameness, an inherent want to do the right thing, to be preoccupied with an interest to an extent that others find it offputting. What’s more, anyone at all can be either an introvert or extrovert, whether or not they are autistic.

An autism diagnosis is not a death sentence.

Why go through life undiagnosed? Quote by Phil Schwartz: “The diagnosis was paradoxically liberating.”

A diagnosis at any age can not only be reaffirming and a revelation, but it can be a gateway to supports: social skills groups, job and life coaches, and countless other helps.

As a person on board of directions for Art of Autism, I hope to find ways, to offer suggestions in bringing awareness to this:

Once a child ages out of schools, the supports trickle away. Imagine never having supports to begin with because of a lack of diagnosis? People tend to seek them out and pay out of pocket. That shouldn’t have to be so.

I have many of the same sensitivities to smells, sounds and touch that ‘lower functioning’

I may not however, have it to their degree.

There is hyper and also hypo sensitivity.

I would explain that as either being too sensitive to a sensation, in that you won’t tolerate a

certain texture, smell, or sound, etc., such as the sound of a lawn mower sending you into the

house with your hands over your ears—or conversely, “showing” little effect from a

soft. I wore the same sweater year round in fifth grade. I wrote about this in Women From

Another Planet, and also in the chapter of UTBM: “Eraser Balls.”

autistics. I am clumsy to a fault and have the scars to prove this. I once accidentally put a

knife all the way through my hand on Thanksgiving Day. Not all of us ARE clumsy.

(I am.) 🙂 But the struggles don’t stop there. Not ‘reading’ situations, being

how to have them in the first place, sensitivities which inhibit growth,

enjoyment, experiences, all this and more.While I embrace who I am,

that was not always the case.

Many of us will make up a word when none suits us, or our speech will seem highly formal. We may be childlike. People may say behind our backs: “She talks odd.” I’ve known many an Autistic to be absolutely in love with words. Note my font switching fun here. I undoubtedly adore words.

But who are Autistics really? Some of us are savants, excelling in something mindblowingly extraordinary.

Most of us ARE NOT! I am not a savant. I am a mediocre painter who gets my work into books (on one occasion on the cover of Debbie Hosseini-Muzikar’s Art of Autism book), and into galleries. I’m a published author who can learn most types of art easily. I’m someone who adores words and like a lot of autistic people, slang befuddles me, I take things literally, Being somewhat of a word snob, I like words pronounced a certain way and can come across as a pedant (I am).

I try to do right by others, an empath who feels deeply about spreading peace, and about cherishing environment. I’m pedantic to a fault, yes. In my case I also have Selective Mutism (SM). Many Autistics have a dual diagnosis. They may have a co-morbid “Sensory Integration” problem like me, or SM along with their autism diagnosis. They could have clinical dysythmic depression like me or bi-polar or just about any type of thing on top of their Aspergers/Autism.

We are all around you:

Non-drivers like me with depth perception difficulties and lack of direction, busdrivers, teachers, department store employees, waiters, janitors, computer technicians, lawyers, doctors. There has even been a trend to include us in TV shows and movies.

It is helpful for children to know that as they grow, they

They can also adapt and get better at blending; and assimilate into many kinds of accomodating professions. Their loyalty and innane ability to see problems from unique points of view can only be an asset. Sometimes disclosing the Aspergers/Autism is advisable because the workplace can make accomodations and set you up for success. It’s a personal decision whether or not to disclose. Many people refuse even, to try and “blend in.” I admire them for doing what works for them as an individual in their unique circumstance.

DON’T call a person with Aspergers:

or any other demeaning reference. How is that going to help? Bullying doesn’t help either! More often than not the “problems” lie in the want for sameness, the attention to detail, focus on interests to the exclusion of most everything else, inability to consider other views, the ‘clumsy’ social interactions, inability to look someone in the eye (No it’s not a sign of shiftiness, it’s uncomfortable). The isolation, avoidance, or tendency to be very honest and upset people without knowing it….and more.

A lot of Autistics are very smart, intellectual and knowledgable about myriad things. A person interested in Einstein might know things about him —–but an Autistic KNOWS what Einstein liked for breakfast, where he vacationed and that he played violin, and had affairs.

People say we lack empathy but do not believe it.

An unexpressed emotion can still exist. The confusion lies here: A lot of people need to SEE

emotion in someone’s eyes, facial expressions or gestures. Someone like me, struggles with

both interpretting these things AND carrying them out. So, an unexpressed

it. The problem lies in taking that emotion and SHOWING it in a societally acceptable way.

“Oddities” in tone of voice, word choices, collecting things that others think are meaningless…

Ever hear of alexithymia? That means a difficulty in explaining one’s emotions or feelings to someone. We’ve got the verbosity to do so but really it’s difficult in the translation and that’s the core of it: it has to do with the WAY in which every thing is getting processed, filtered and spit out, in a meaningful way. Meaningful to the Autistic, not necessarily so to the listener or observer. And not every autistic is alexithymic.

a person not trying hard enough

less than a whole person

result of traumatic assault or injury

Confidence can run the gamut of strong to weak in anyone. A lack of confidence does not run hand in hand with Aspergers. I know people who consider Aspergers a mental deficit, or a sad, sad thing. Some think it must be due to mental retardation, a bad bump on the head, bad upbringing, even trauma. WRONG. WRONG. WRONG and WRONG. In many families there is a genetic predisposition, like passing down freckles or blonde hair.

I can’t possibly begin to relate the true experience of what it is like to be autistic on one single web page. Plenty of fine people have written memoirs on the subject. I encourage you to read these accounts as well as my own in Under The Banana Moon and to all non-autistic readers, understand, respect, include, and accept everyone.

I have to try this…….
Our Boston trip this past weekend: Actual route of leaving hotel, finding a McDonald’s, going to the incorrect hotel of the same name, then finally finding the correct hotel again. It felt like the Twilight Zone. All we wanted was a quick hamburger!