My first reading material was my set of World Book Encyclopedias. I would buy paperbacks at tag sales. Books like The Hitchhiker’s Guide To The Universe, Elvis’s Autobiography and Chariots of The Gods. I read voraciously.
I liked comics too… Richie Rich, Casper, Little Lotta and the scary ones were my favorites- the ones where a skeletal crypt keeper narrated the story.

I used to read Mad Magazine and Cracked Mag. when I was a tween turned teen. I liked the way they punned reality, spoofed pop culture, satirized life.

I recently came across a Cracked.com spoof on the distorted reality of foods available at supermarkets; the way commercialism shouldn’t persuade us to accept “reality” at face value.

Here are some of the reworked ads I found at the site. The premise was: “If advertisers were forced to tell the truth about their products”

Even if you felt like making real Mac and cheese, your kids would turn up their noses at it. Save yourself the hassle. Give em Kraft.

Ground up dead trees for wiping your ass. 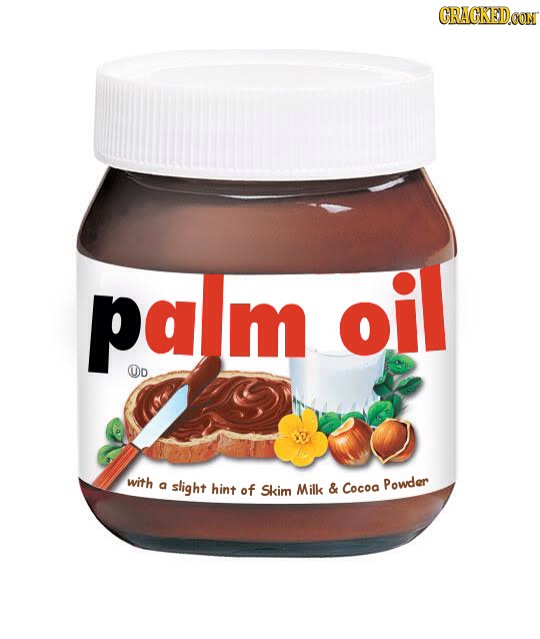 Palm oil. With a slight hint of skin milk and cocoa powder. 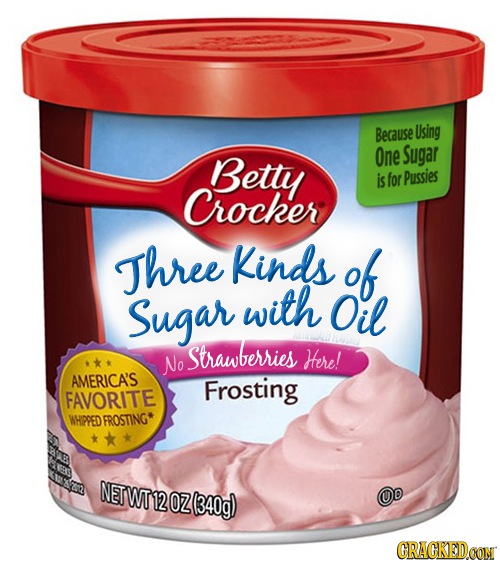 Three kinds of sugar with oil. No strawberries here!

Don’t worry about what it does. Just get it before your friends do.

And yet… As we collectively buy into consumerism in a grand scale (what choice have we? We’ve got to eat.) important relevant relics of our humanness are being destroyed and this has been going on a long time indeed.

Under Hitler in the 1930s, various art forms were outlawed; targeted as inappropriate for German “Aryan” culture. Jewish composers such as Mendelssohn and Mahler, were disparaged and condemned. In Leipzig, a bronze statue of Mendelssohn was removed.

Our inherited archeology is a gift to all peoples, a cultural identity we share… Erased today in modern times like so much disposable debris. The great carved Buddhas of Bamiyan, carved into Afghanistan cliffs… destroyed forever in 2001.

That’s just the tip of the proverbial iceberg of course. There’s so much more.

It’s said that when Kris Kardashian went through Bruce’s clothes, she broke down and uttered aloud “He’s gone.” 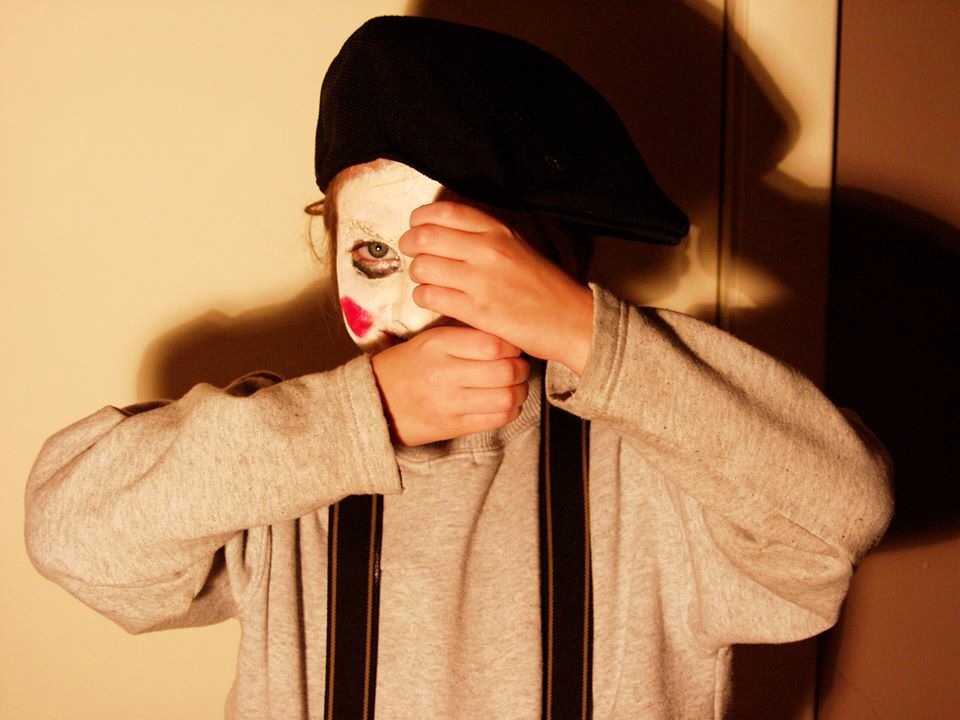 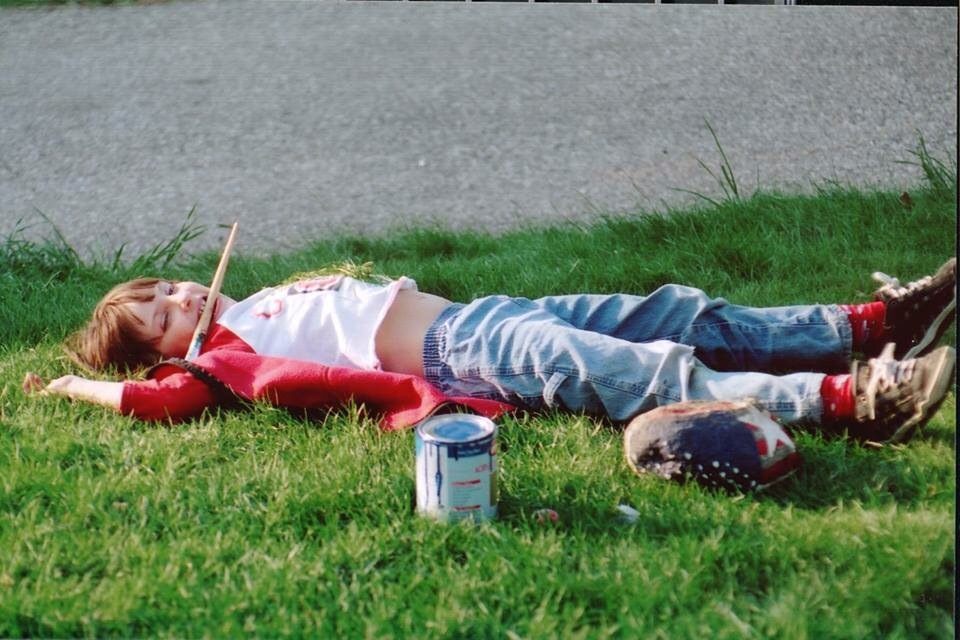 My daughter moved out a year ago. “She’s” 20 now. “She” continues to discharge clutter from “her” mind through “her” songwriting, drawings, paintings much as I myself use art to decompress and nurture a fatigued spirit. She’s always been that way. I’m supposed to use male pronouns. It’s easier said than done. I’m through mourning gender. I see my child’s spirit and the male pronoun thing is hard just because change for me is hard no matter what that change is

Recently, upon gathering “her” old bras, miniskirts, studded leggings and castoff clothing to dispose of… it became final. Some days “she” says she’s a man inside (trans), other times “she” calls it gender dysphoria. It’s for certain that it’s true. “Shes” gone.

But her art continues.

The person my youngest child is… endures. And seems quite happy. Doesn’t this art piece he created speak volumes? 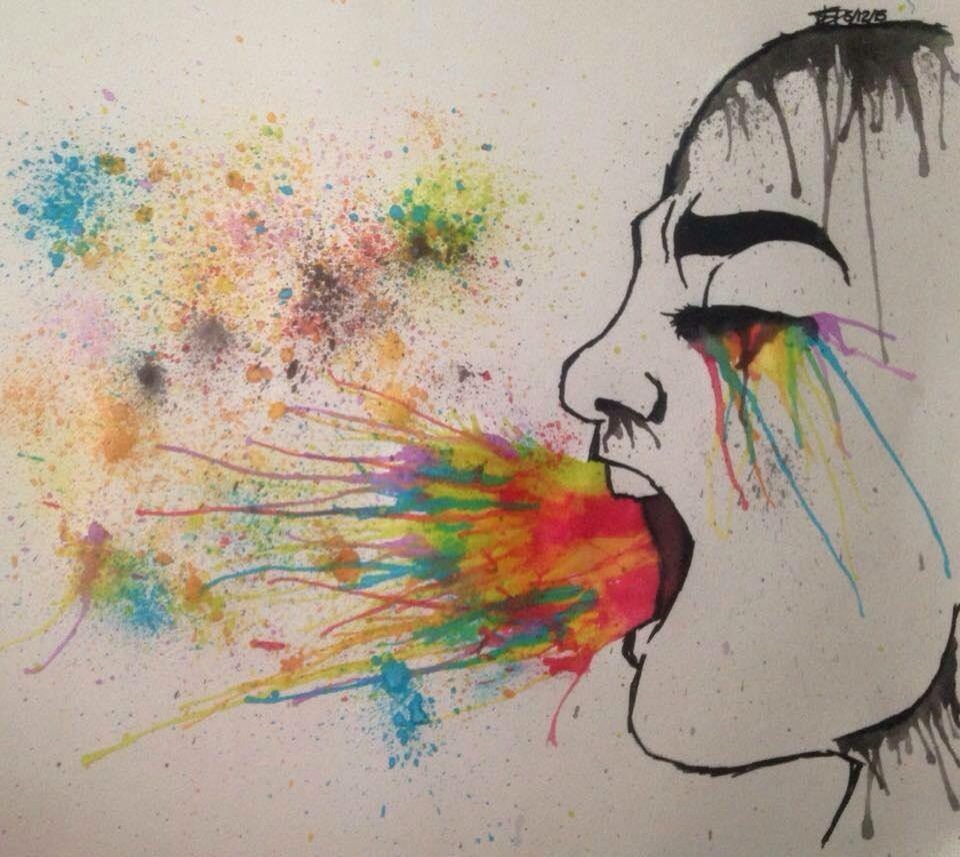 And so when reality seems distorted… 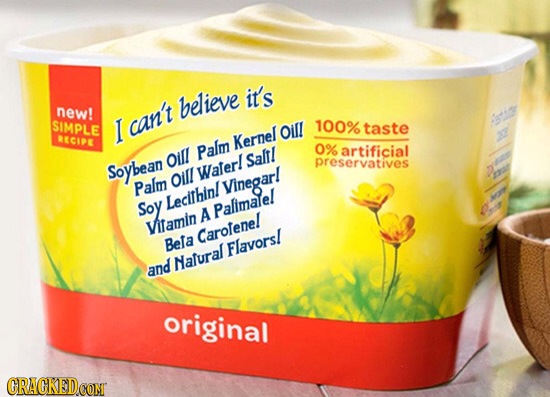 New art, a record of our existence such as it is, is born every day:

And sometimes glimpses of art, and I dare say hope, dissolve like contrails. But I’m always on the lookout for it.

Whenever books are burned men also in the end are burned.
Heinrich Heine (1797-1856), Almansor